TODAY I WILL NOT WEAR MAKE-UP
Ashtar Theatre, Ramallah, 2014

Emerged after a week of experiments with female teens from Palestine and Norway around endurance and resistance the performance peels off the layers of aesthetic and behaviour standards imposed on young women living in patriarchal/capitalist environments. Their action relies on the tenacity of resistance encountered within the culture of a social group thought to be vulnerable – female adolescents living within political topographies drawn by interests that seldom represent them – be that in Palestine or Norway. Alaa Abutaha, Layali Awwad, Kristin Haggelund, Linn Thea Kaldager, Dalia Saeed and Mette Spjelkavik exposed their personal histories of depreciation that immediately demarcated a solidarity drive transgressing nationality and class. They dissolved the beauty paradigm and launched a tactical combat against those that, intentionally or not, transform public space into catwalks for women. 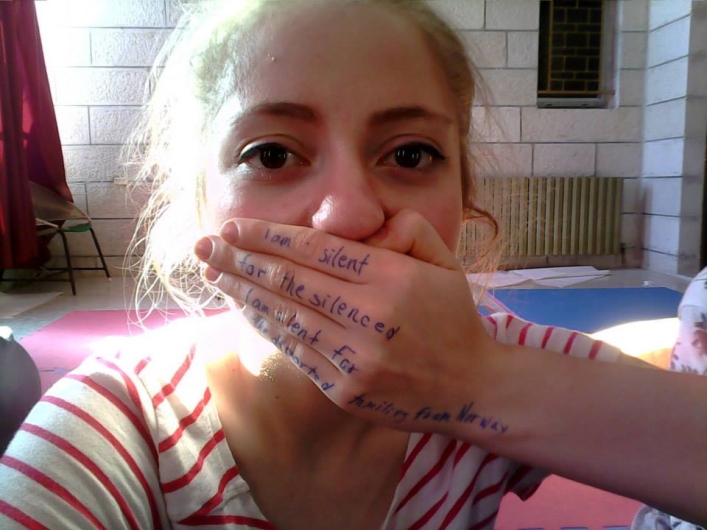