For the second edition of Education Awards EXPELLED was presented in front of 700 academics, pedagogues, students, policy makers and private investors. A battle of two generations, not against each-other, but against the education system in Romania, perpetually failing to create a real and authentic dialogue inside the classroom. Using specific desk objects from 1975 and 2011 to draw a sonic environment that surrounds the Romanian school habitat, the two performers provoke the audience to consider a radical reform in the public school system – they end up burning their desks. 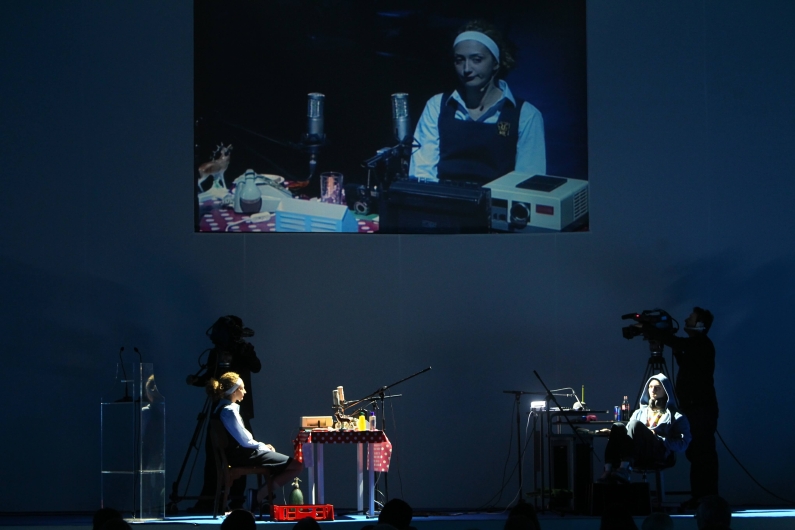